Motorhome and Away
France 2019 - Southern Brittany


We booked in at Camping le Helles in Sainte Marine for three nights. There was a short track to a large sandy beach and pinewoods, leading to the headland with a small lighthouse at the mouth of the Odet river. Saint Marine has a pleasant small harbour where you can catch the foot ferry across to the larger resort of Benodet, which we visited on a Sunday when everything was closed, apart from restaurants and a small maritime museum. Seeing a sign to the Fête du Port, we found it wasn't starting until 3pm, and as the boat trips to the Îles de Glenan set off earlier for the whole day, we decided to return to the campsite, taking the ferry which had to negotiate a stream of paddleboards, kayaks and dragon boats taking part in the Descent de la Odet event. 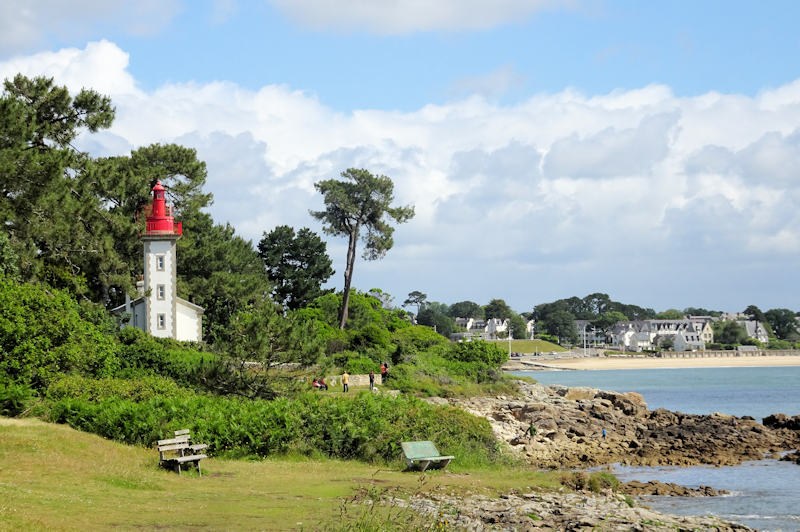 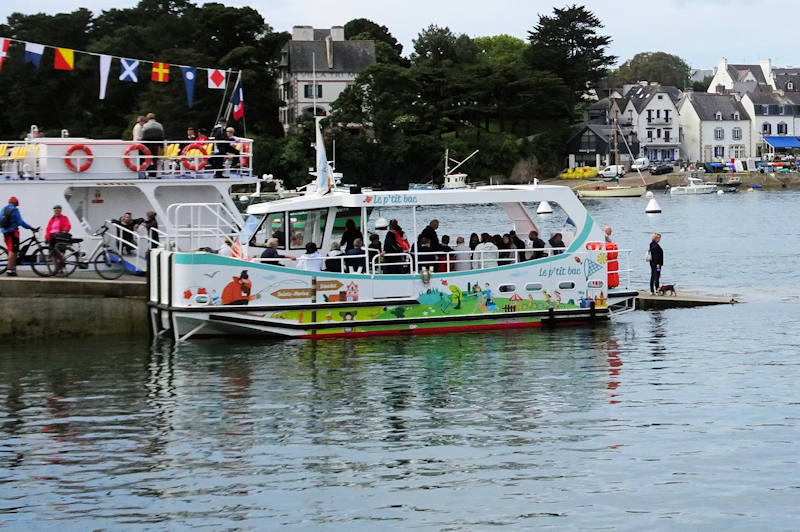 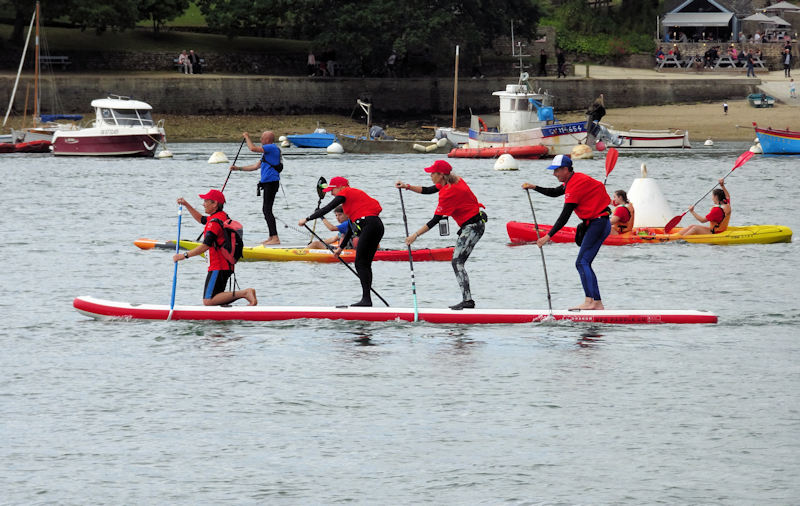 We set off in heavy rain the next day, bypassing Concarneau then turned off to Nevez and found a small motorhome parking aire at the Plage de Dourvein. By the afternoon the sun came out so we enjoyed a pleasant walk along the low cliffs to Tahiti Beach.

We stopped at Pont Aven to visit the Gaugin museum, although it had only a few of his  paintings and sketches on display, and mostly paintings by fellow artists of the "Pont Aven School". Returning to the coast at sandy Guidel Plages, we found a night stop at an aire among the dunes, again with no services.

Taking the main dual carriageway road to avoid the large town of Lorient, we turned off to Auray and found a small parking area above the attractive river quay of Saint Goustan, which had some pretty narrow lanes lined with old timbered houses. Crossing the river by the Pont-Neuf, it was a steep walk up to the busy centre of Auray. After lunch we drove to the private aire at Larmor-Baden near Port Blanc, where boat trips around the Golf de Morbihan start. The next morning we found that most of the trips didn't start until July so, as it was rather wet, we decided to give it a miss. Instead we drove to Vannes, a larger town, parking by the marina. There were a few old buildings in the centre, and ramparts with the famous laverie (wash house) by the river. After lunch we continued inland to reach Rochefort- en-Terre, another Plus Beaux village. We found the motorhome parking area (but no services) in the large carpark just east of the centre and strolled around the picturesque village which is a popular tourist destination, definitely worth a visit. 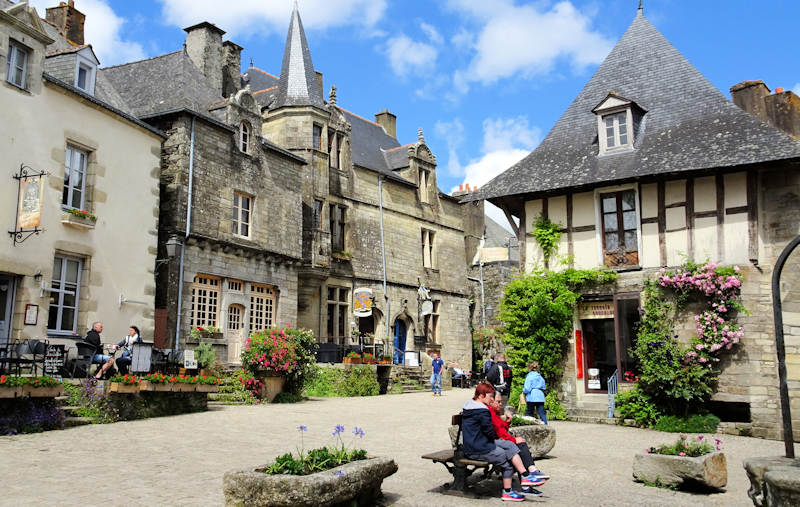 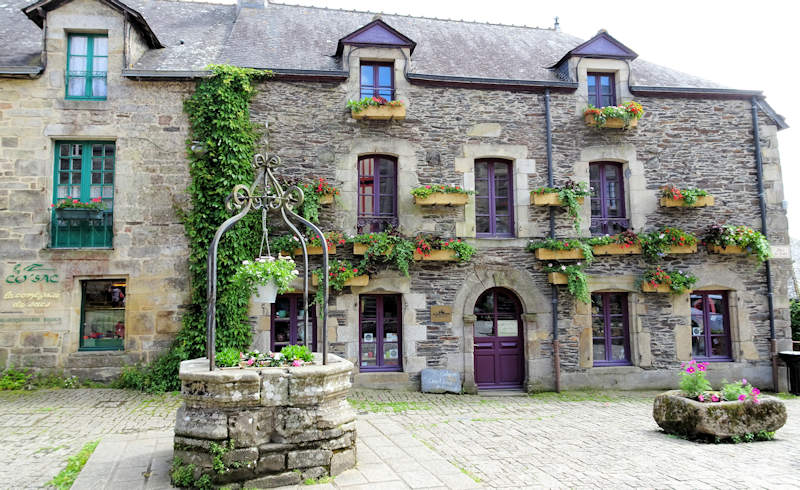 After a quiet night we drove to the small town of la Gacilly where they hold a large annual  outdoor exhibition of photography. There were many photos on display with some fascinating and evocative themes, including very enlarged untouched reproductions of early colour photos taken in Russia around 1905. We were amazed at the quality of such early photographs.

From there it was a short drive to Redon where we parked by the canal for lunch and walked into the town to look at the complex of locks where two canals meet. The massive abbey dominates the town centre. A surprising sight was the selection of builders' gloves drying on the railings of a house being renovated. 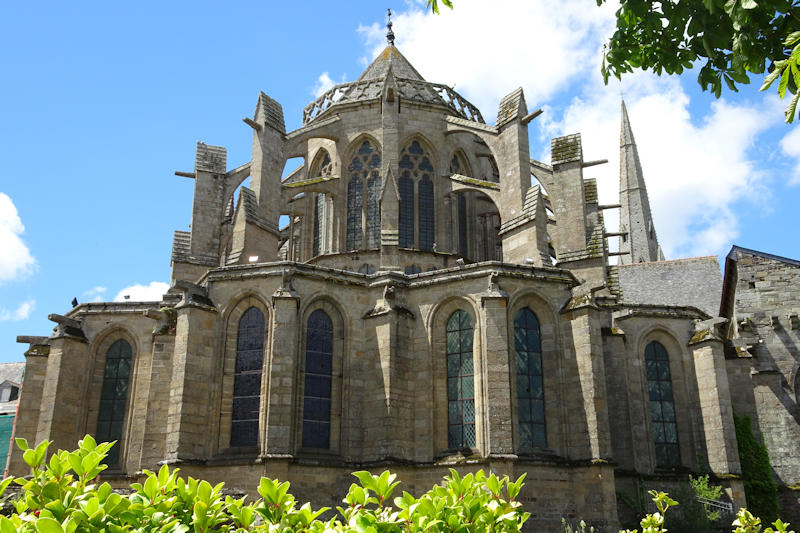 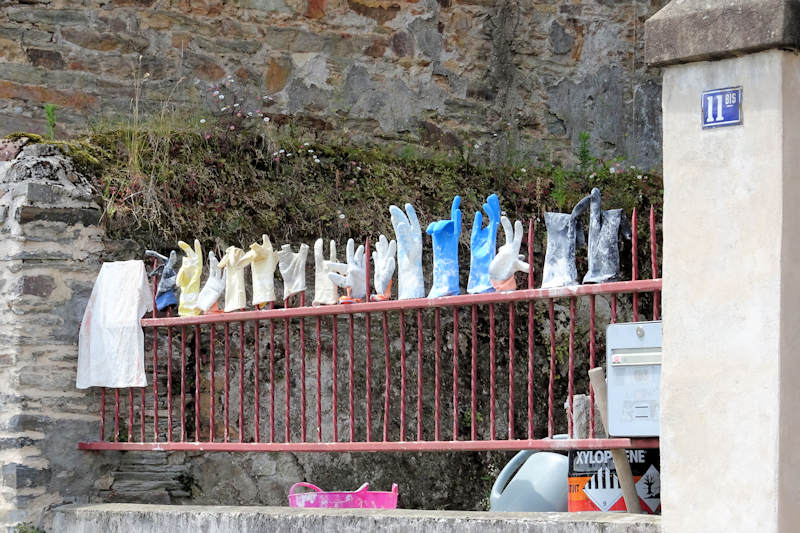 
That night we stayed at a free aire in the small village of Piré-s-Seiche, accompanied by noisy rooks in the tall trees. The next morning we visited the nearby Château des Pères, mostly used for events and weddings, with an interesting modern sculpture park in the grounds. As is often the case we were the only visitors despite the free entry! 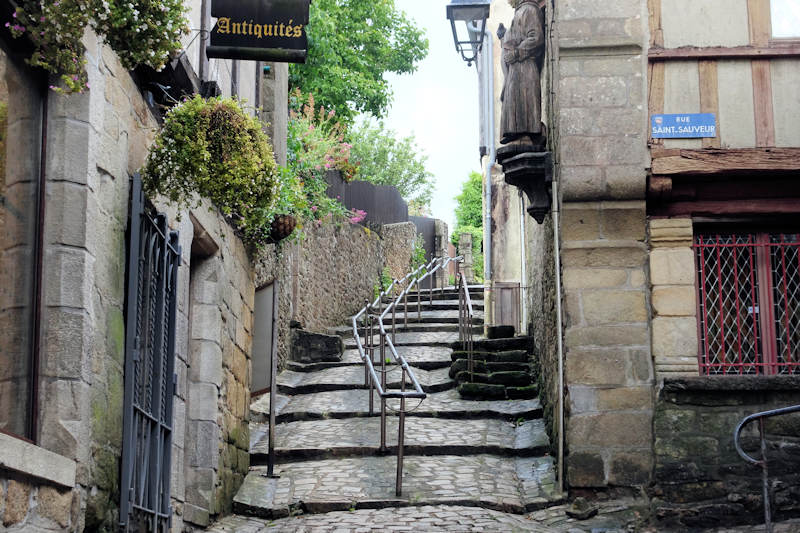 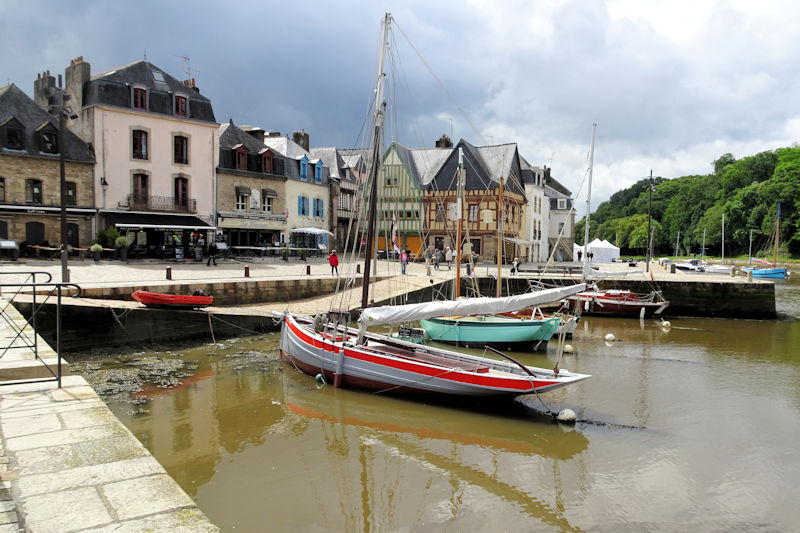 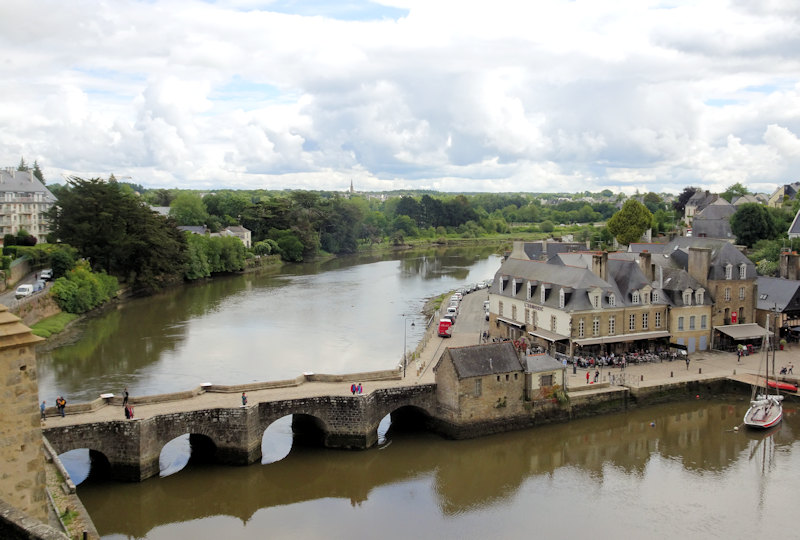 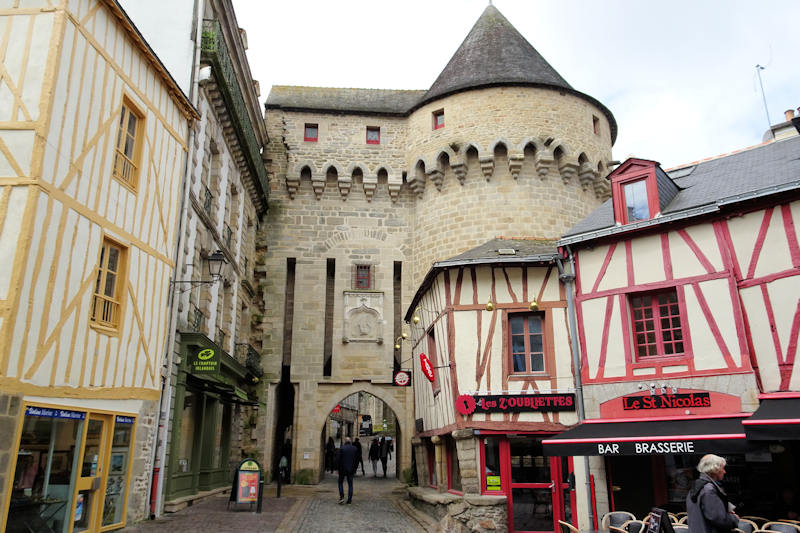 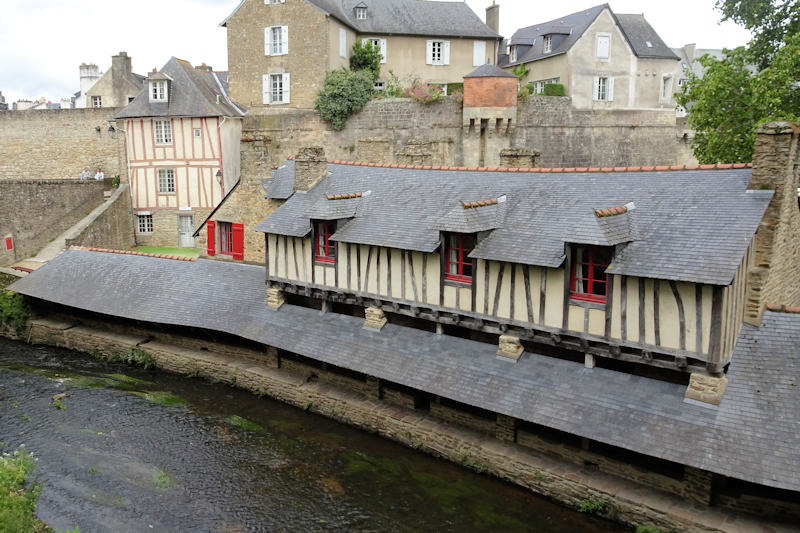 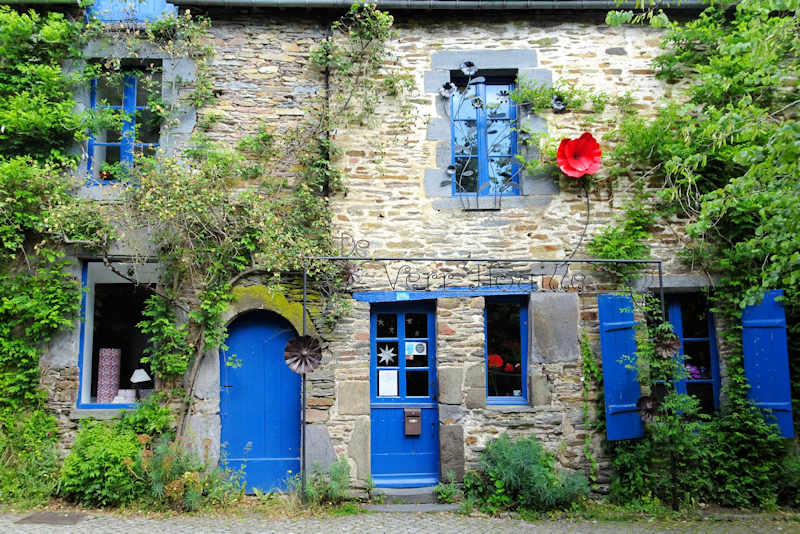 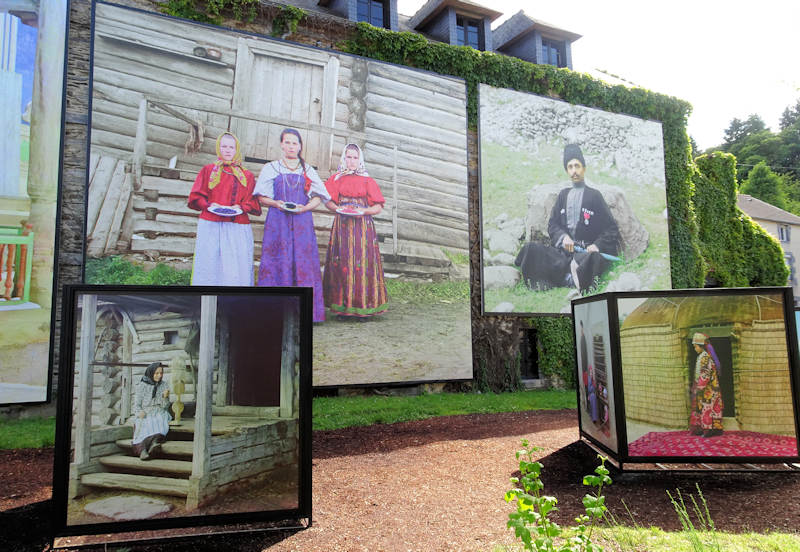 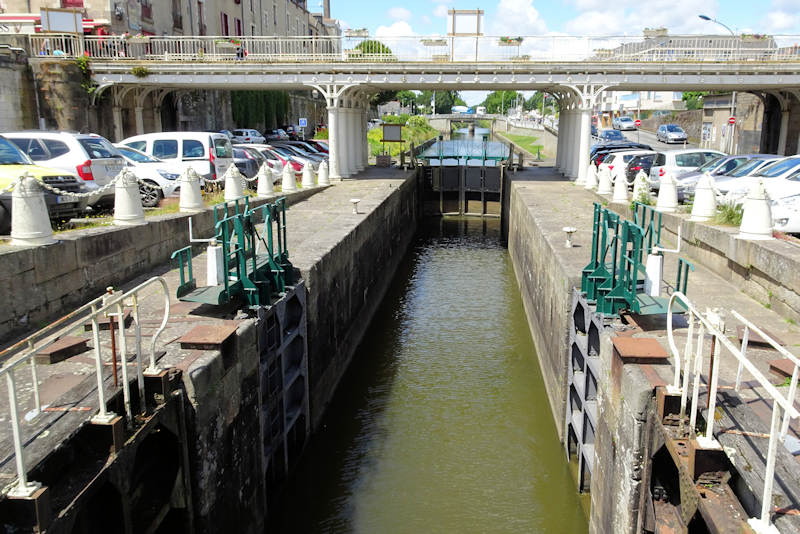 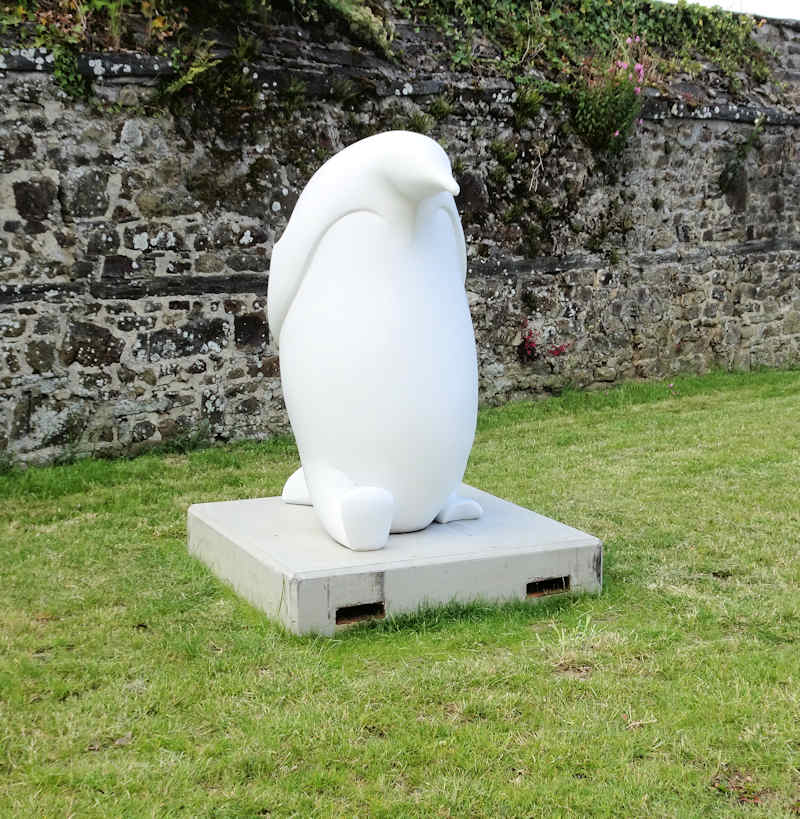 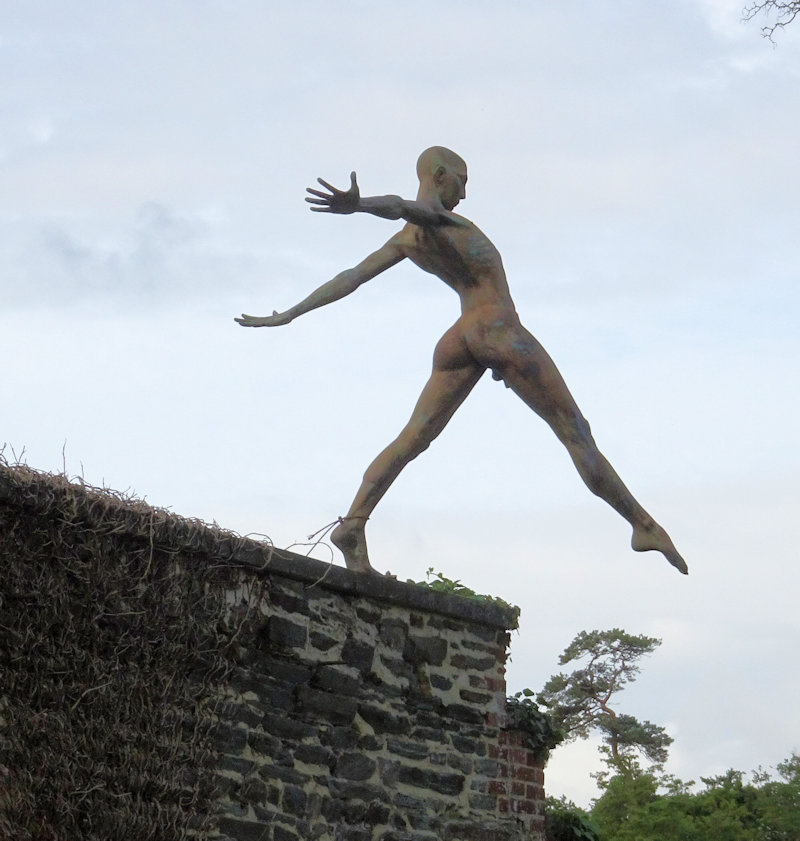 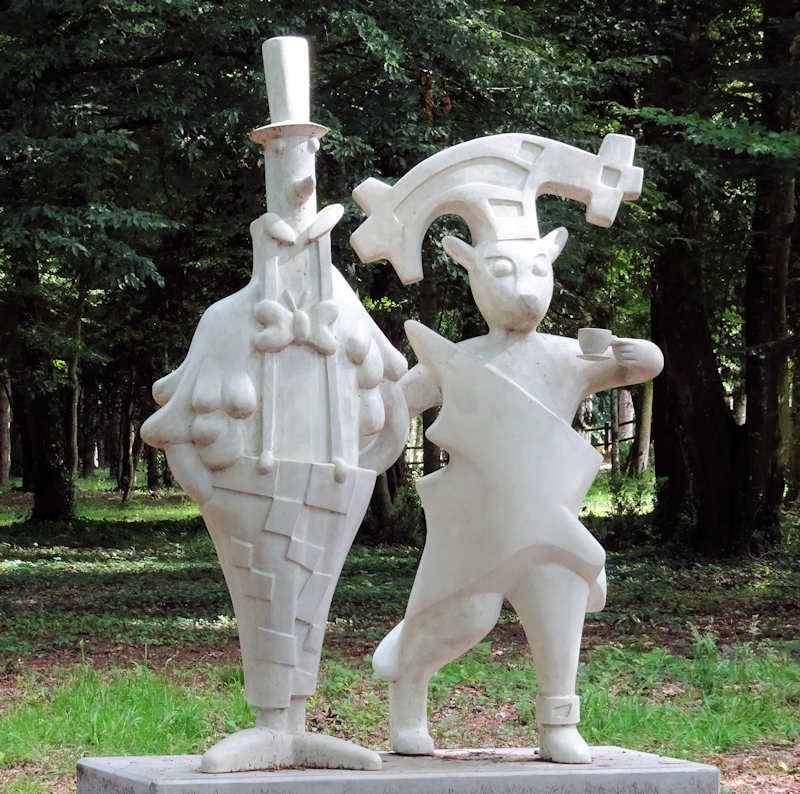 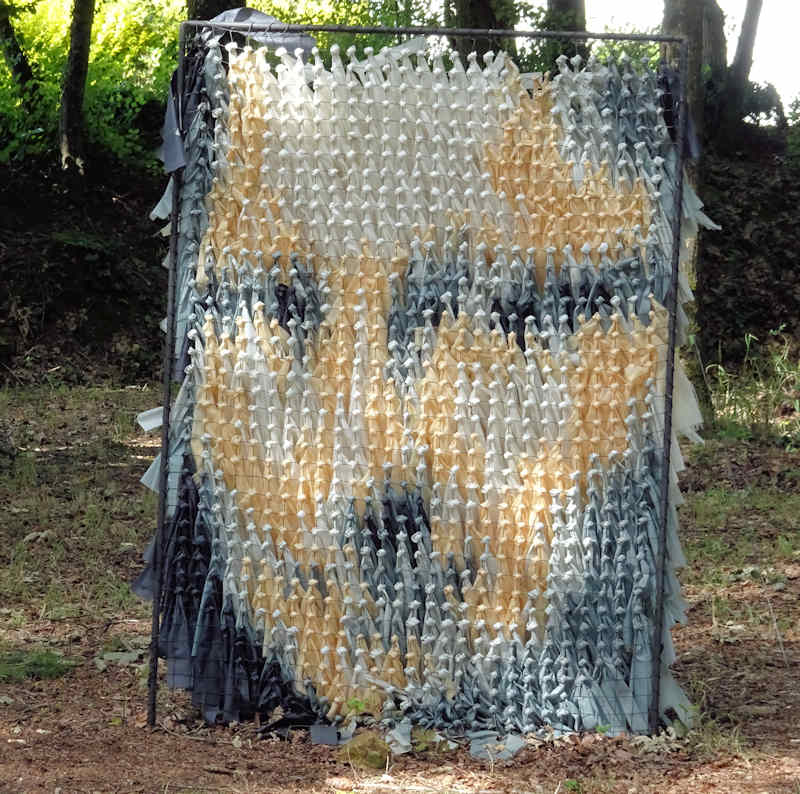 Now was time to head homewards so we drove on main roads to the larger town of Vitré, just still in Brittany, for a couple of days before crossing into the Normandy region.