Motorhome and Away
France 2019 - Back through Normandy


We soon reached Vitré and pulled into the municipal Camping de St Etienne on the outskirts by the hippodrome. After lunch we drove into the town centre which was very busy, but we found a long parking bay by the station that was free on a Saturday afternoon. We are always surprised to read that the official population of large French towns is so low (18,000 for Vitré), although it looked much larger when driving through it.

There is a massive château in the centre and many old timber framed buildings. Strolling around the streets, we found the small Centre for World Art in an old convent with interesting displays of Indian village art. As we were returning to the van we had some excitement when we came across a building with smoke coming from the basement and watched as a man was rescued rather precariously from the top floor window. Luckily the fire was soon put out. 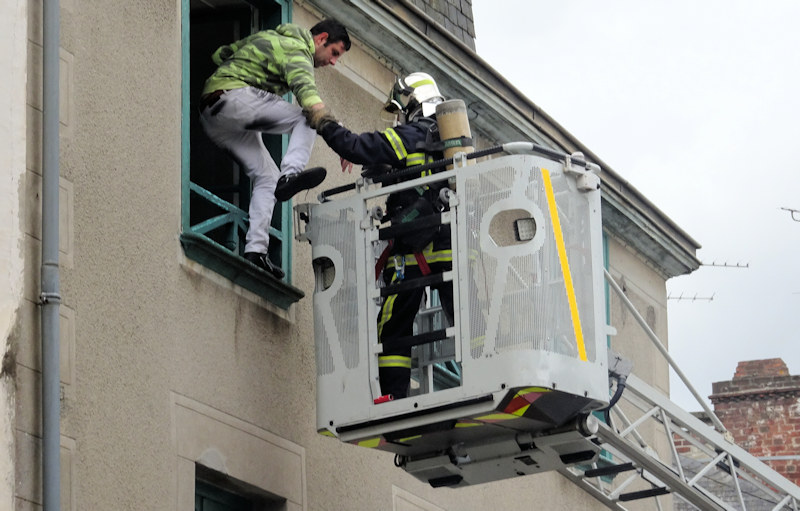 We stayed another night and visited a nearby reservoir, grandly named as the Base de Loisirs de la Haute-Vilaine although there wasn't much activity apart from a family enjoying a typical large French picnic and a trip in a pedalo. We also passed a rally of vintage cars, mostly French, but an Austin and Morris among the Peugeots and Citröens.

Nearing the end of our month long trip, we crossed into Normandy but still had time to drive at our usual leisurely pace, diverting to places of interest indicsted on the Michelin maps, which we prefer to browse rather than the limited information given on the satnav. We pulled into a pleasant free aire at La Ferrière aux Étangs, on a former campsite by a lake. Taking an evening walk and following signs to Mont Brûle, a steep rocky path led to a large calvary and sepulchre in the woods.

Continuing on back roads, we arrived at the Roche d'Oetre in the Normandie Suisse. There is now a large visitor centre but the rocky outcrops with 180 metre drops overlooking the gorge are unfenced.

We bypassed Falaise and reachied Domfront, then turned off the main road to visit the Château de Vendeuvre which was a two star attraction in the road atlas. Not knowing what to expect, we bought tickets for all the options. The ornately decorated rooms were full of period furniture, some automata and a collection of ornate dog kennels. We were given information sheets in English which helped the tour. A path around the grounds led to the surprise garden where sensors operated hidden water jets - yes we did get a soaking! 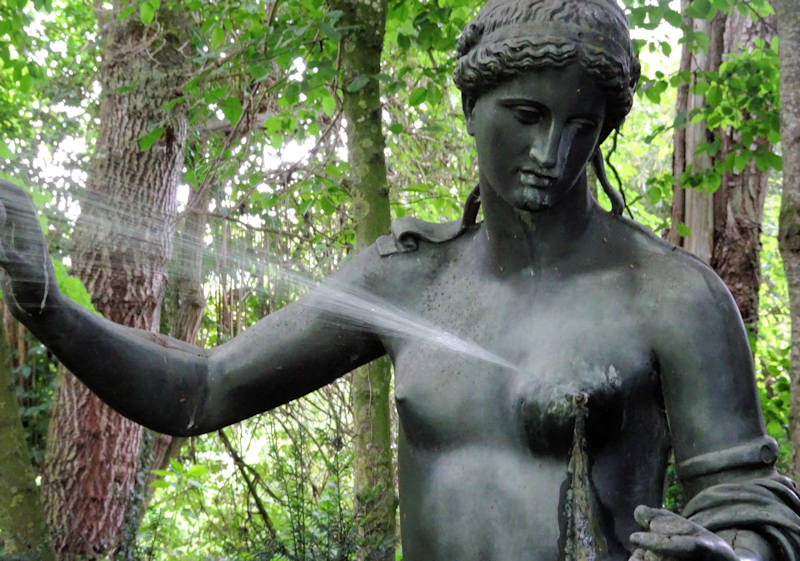 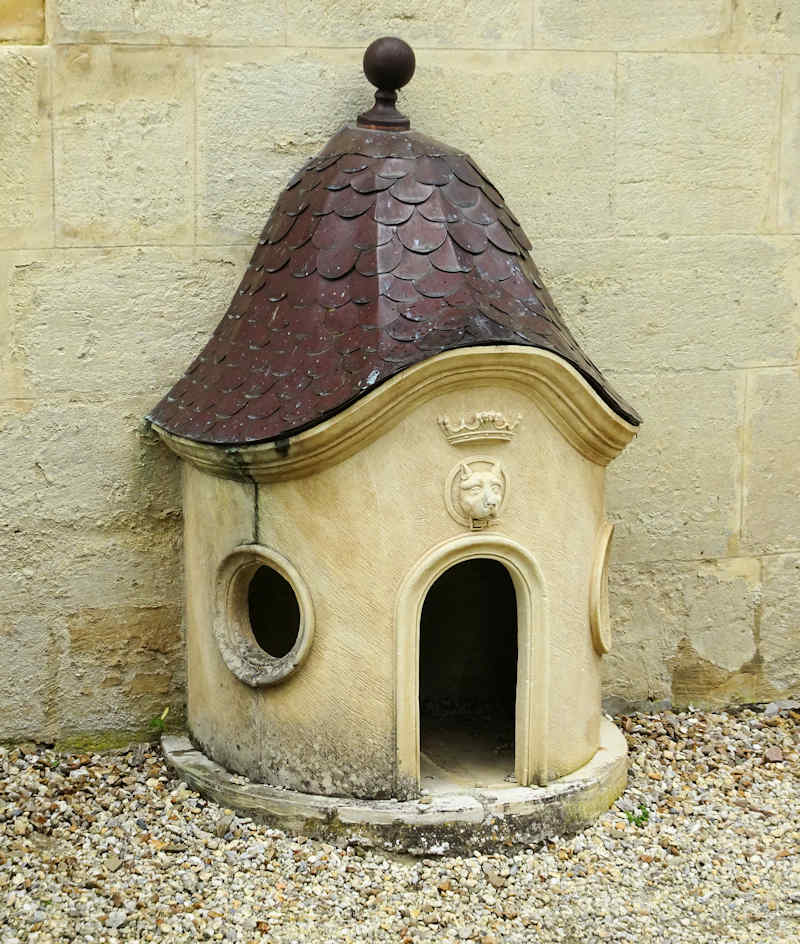 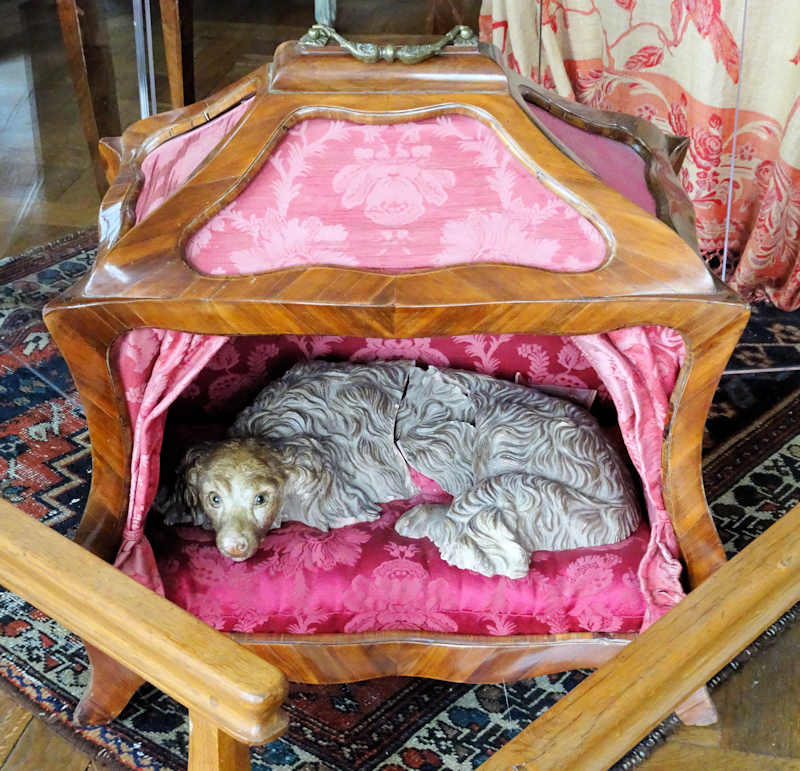 The gardens also had interesting features such as a massive pigeon loft, a shell house and exotic garden rooms. Finally in the orangery there were displays of intricately carved miniature furniture.

After a night on another free aire in the village of Notre-Dame de Courson, we drove on minor roads, to arrive at the popular aire at La Mailleraye-s-Seine, and a pitch by the water's edge to watch the variety of shipping, from barges to large freighters and cruise ships passing by.

With just a couple of days to reach Dieppe, we drove across the toll-free Pont de Brottone and diverted to Allouville-Bellafosse, a village just to the west of Yvetot, to visit an ancient 1200 year old oak tree, complete with two tiny chapels inside the hollow trunk. We continued through fields of blue flowered lin (flax) to the coast at Veules les Roses, parking at the clifftop aire, for a lunch stop and walk along the prom, then took the main road to Hautot and Varengeville-s-Mer where we visited the Maison du Bois des Moutiers, a large house built by the British architect Edwin Lutyens, with gardens designed by Gertrude Jekyll.    The house was closed but the gardens and woodlands were open. The gardens are famous for the collection of hortensias (hydrangeas), but we were too early for the flowering season. 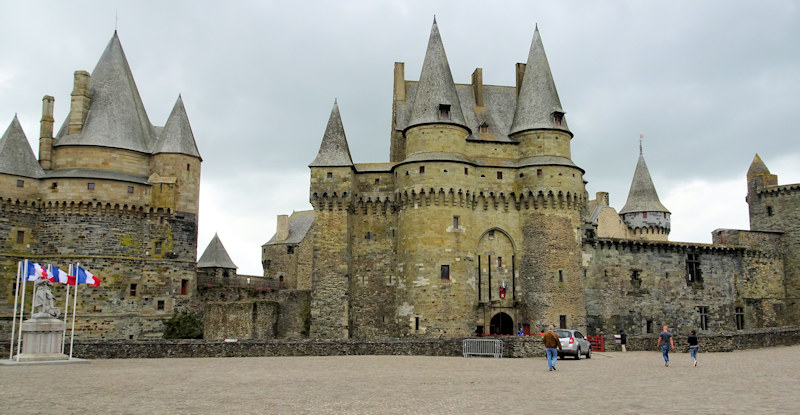 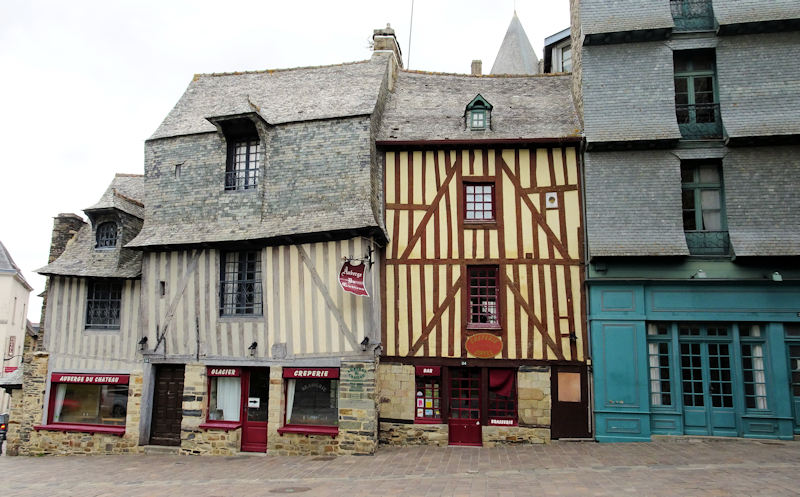 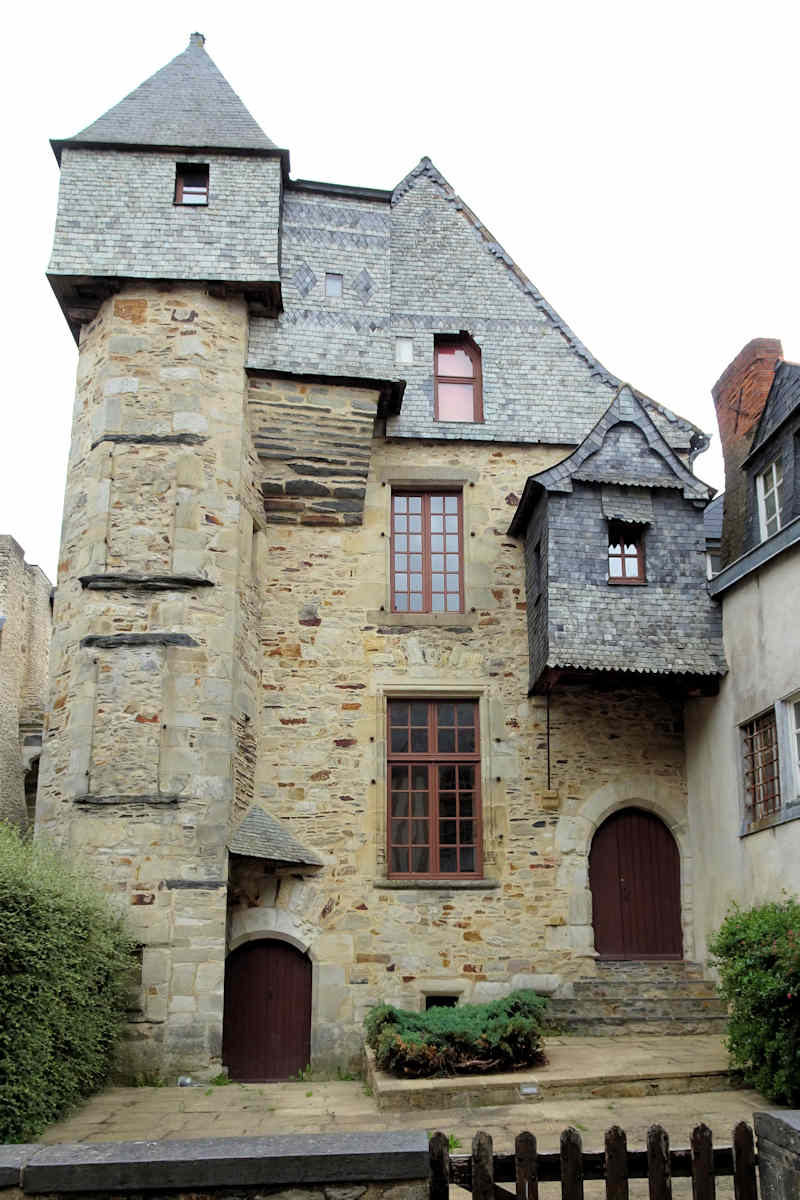 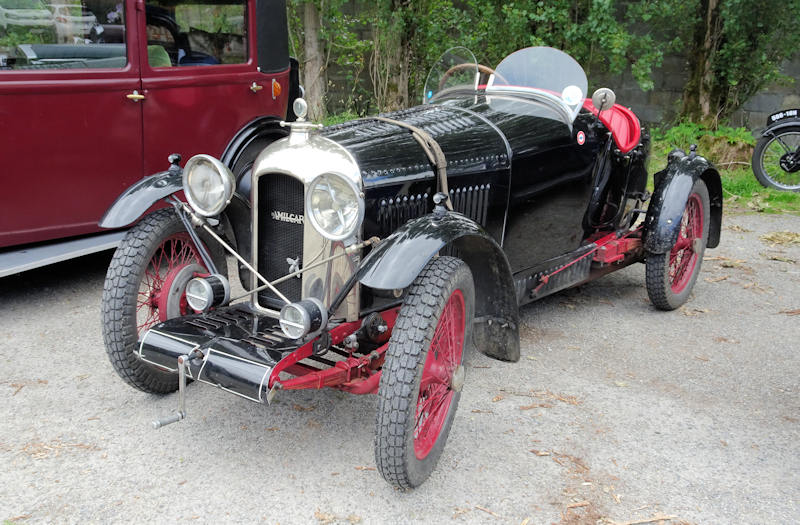 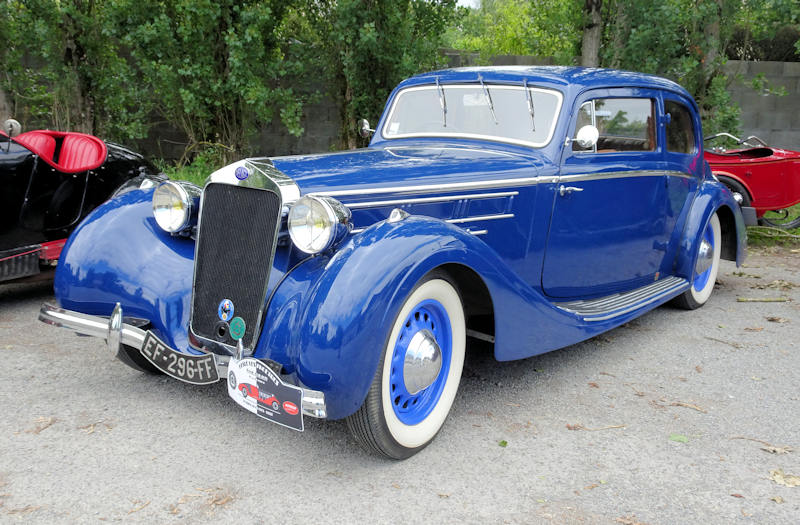 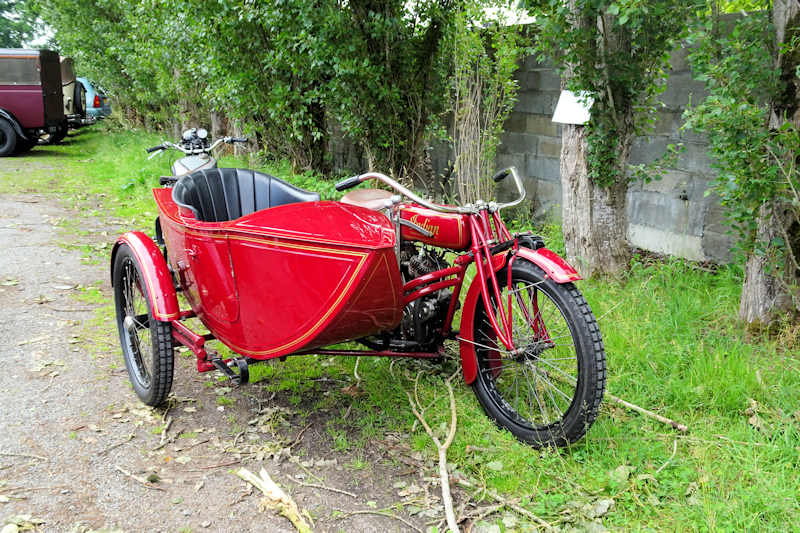 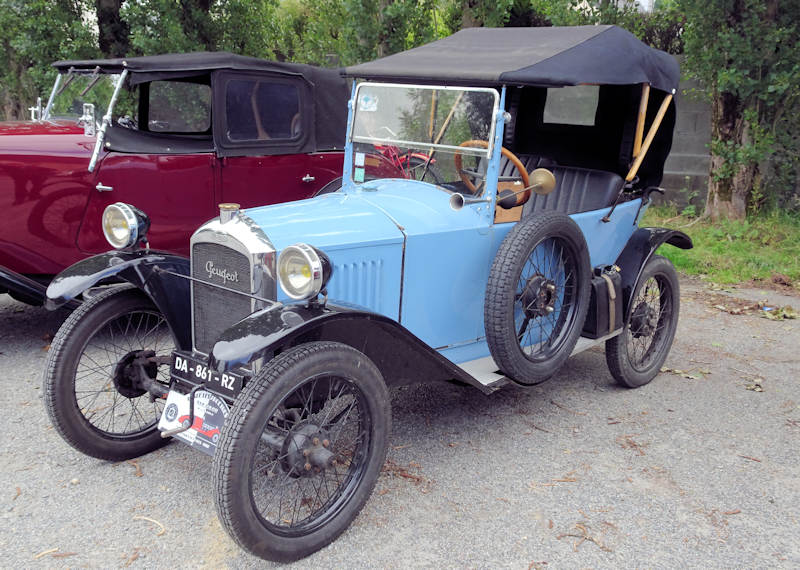 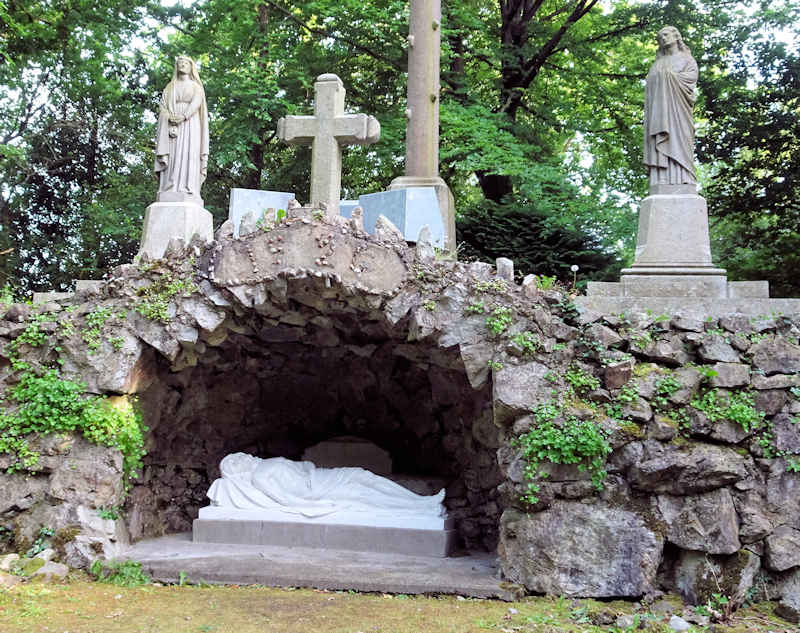 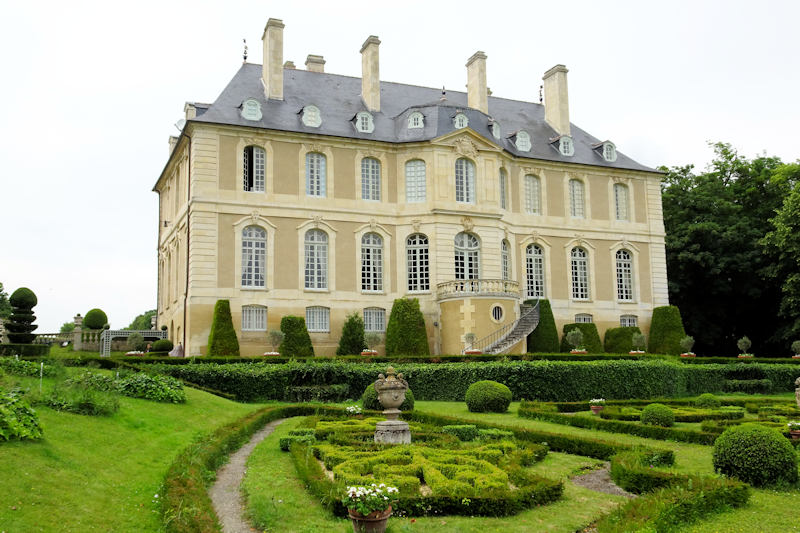 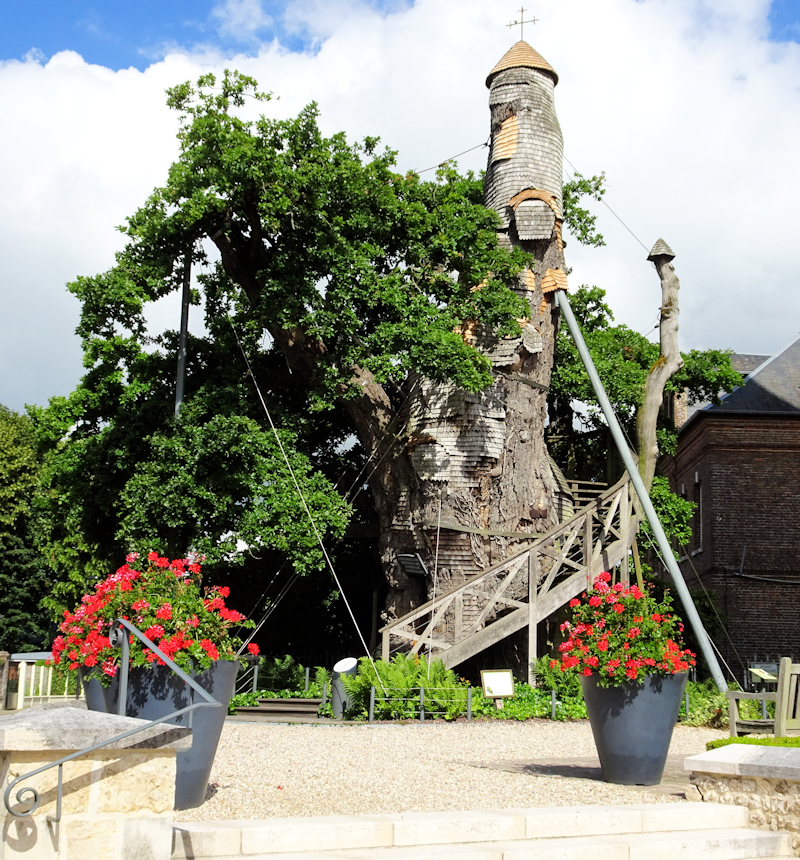 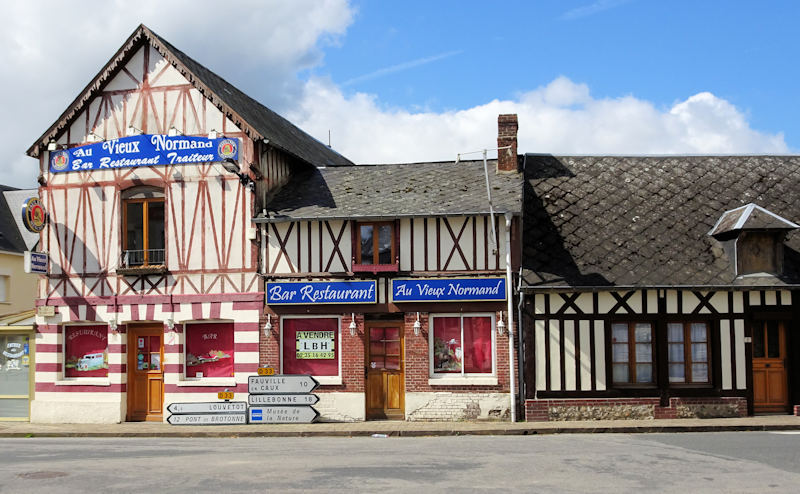 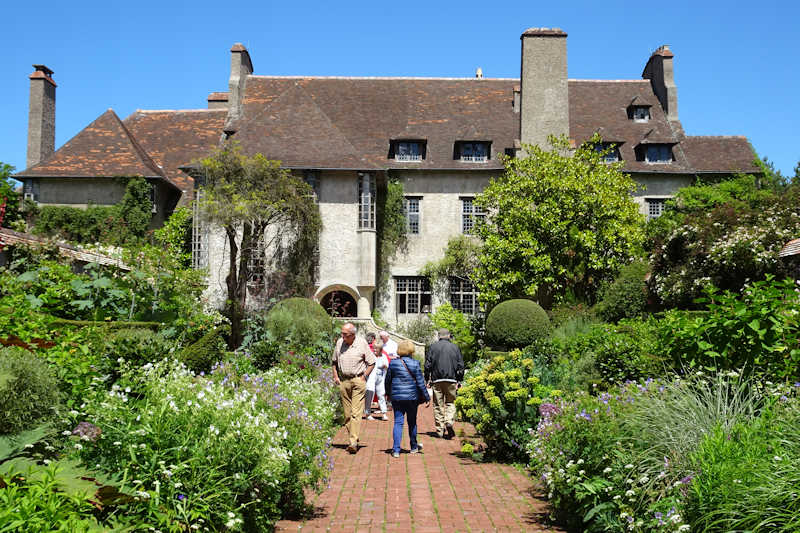 
We decided to head for the ACSI listed Camping la Source in Hautot, just to the west of Dieppe, for our last night, before catching the midday ferry to Newhaven.