Motorhome and Away
California 2010

Our Holiday in California October 2010


To celebrate a milestone birthday, we decided to have an extra holiday this autumn, touring central California. I had been to New York several years ago for work, but we had never visited the United States for a vacation, so we booked the flights months in advance to travel in October this year. We had a great time with lots of interesting sights and meeting many friendly Americans. We missed being in a motorhome but found a mix of mainly reasonable motels.


We planned to spend a few days in San Francisco then hire a car and visit Yosemite National Park and travel along the Pacific Highway 1 along the Big Sur coastline, staying at some pre-booked accommodation and also using motels. We looked at hiring an RV for three weeks but decided it would be more expensive with the cost of fuel and campgrounds. We didn't want a large motorhome (but discovered once there that smaller van conversion campers are available from local rental companies).

The apartment in San Francisco which we booked for three nights through the VRBO agency was fine and centrally placed in the Hayes Valley district between the Civic Center, Market Street and Golden Gate Park. After three sunny days sightseeing on foot, trams, trolleybuses and cable cars, we returned to the airport to pick up our rental car and drove to the Gold Rush country, staying at a motel near Sonora on Highway 49. After a couple of days visiting the small historic towns, we had an interesting drive across the Sierra foothills on rather winding roads to Yosemite National Park, where had booked a cabin for four nights at Wawona, near the southern entrance. This was also excellent although a fair distance from Yosemite Valley, not helped by long delays for roadworks every day, but the scenery was spectacular especially the views from Glacier Point, beneath clear skies and not too crowded.

We then drove down to the Central Valley across more backroads to Fresno, where we called in at the huge fair, rather like a county show in the UK, then stayed at Exeter, another interesting small town famed for its murals, and near the Sequoia National Park. So far we had superb weather with clear skies and a lot warmer than usual for October.
After a couple of days we headed for the coast and Pismo Beach, a popular resort for RV's with many huge fifth wheelers around, for their Clam Festival before finding a cheap motel at San Luis Obispo, a pleasant and lively university town a few miles inland. Taking Highway 1 up the coast we unfortunately met the infamous Pacific coast fog once north of Hearst Castle. We had deliberately travelled in the autumn as that was supposedly the best time weatherwise but luckily once we had booked in to our cottage at Pacific Grove, near Monterey, the sunshine returned for the next couple of days. We drove back down the Big Sur coast to the outstanding Pfeiffer Beach which was virtually deserted (motorhomes aren't allowed down the two mile narrow lane).

Our 2010 route around California 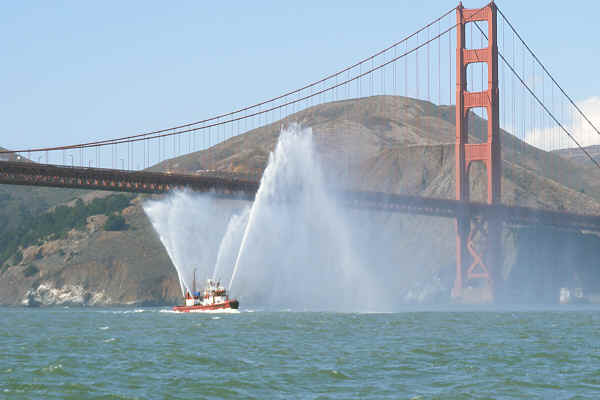 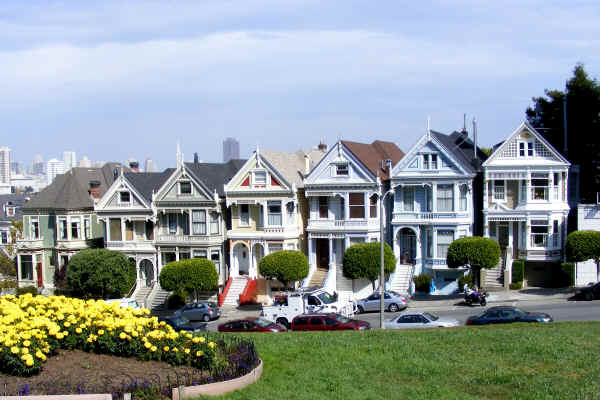 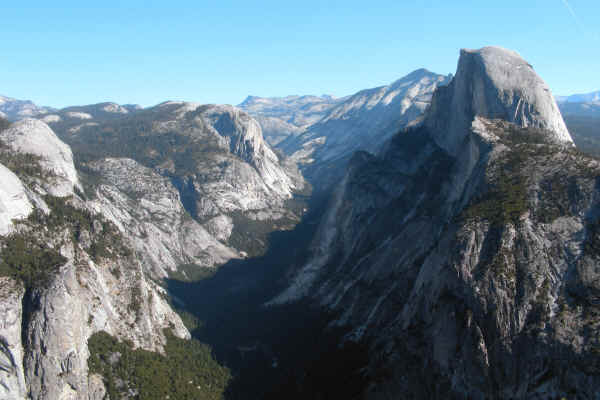 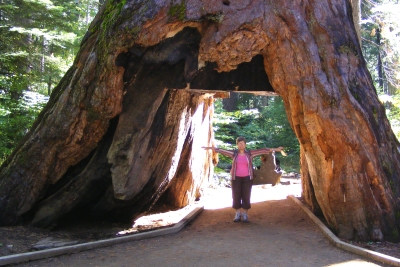 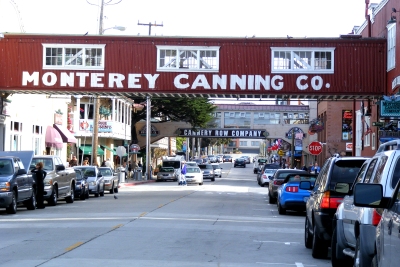 Following a tour along the famous 17 mile Drive and a quick look at unreal Carmel, we visited the Cannery Row tourist trap in Monterey before continuing up the coast, with a detour inland to Salinas (the road signs here were a bit erratic!), to Santa Cruz, an interesting resort in a quirky way with its Boardwalk, and large funfair with its famous wooden roller coaster. Unfortunately the weather had taken a turn for the worst so our last drive up the Pacific Coast Highway 1 was in torrential rain, passing more redwood forests and state beaches, to Half Moon Bay. We had time to stroll around its old historic main street, decorated for their recent pumpkin festival, once more in sunshine, before the short drive to San Francisco airport and the long flight home.