Motorhome and Away
France 2019 - The Cotentin Peninsula


We had a smooth morning crossing from Poole to Cherbourg and quickly disembarked. It was an easy 30 kilometre drive to Barfleur where we booked in to the municipal campsite by the sea wall, a short walk from the small harbour. We spent the first day exploring the coastline with a pleasant walk to the lighthouse at Gateville, the second tallest in Europe. The 359 step climb to the top where (conveniently) there was a defibrillator, was worth €3 for the extensive views along the coast. 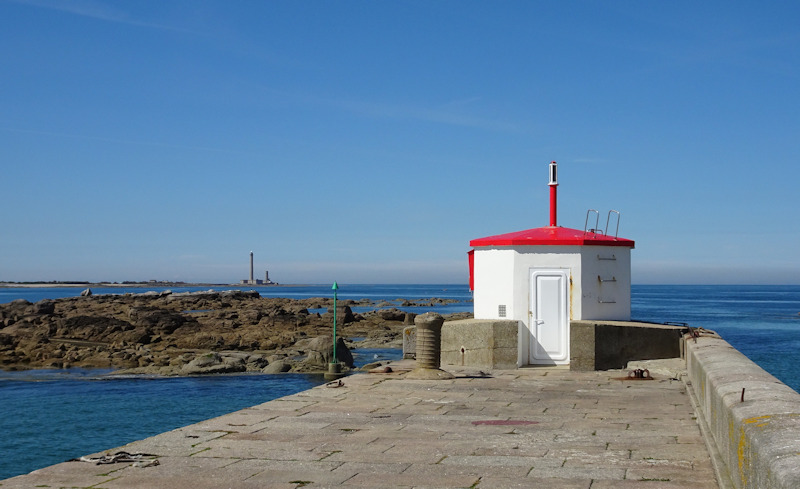 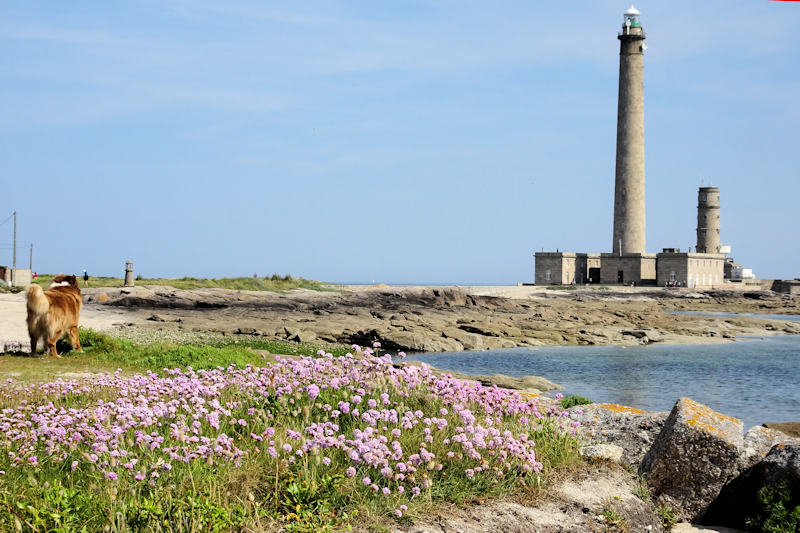 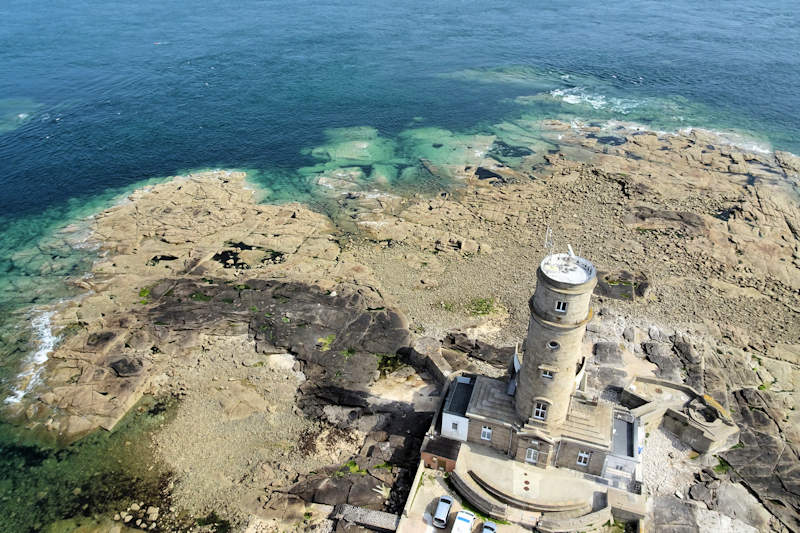 The next day we drove down the coast to St Vaast la Hougue, famous for its oysters cultivated on large beds on the sandy beach. Roadside parking was free on the quayside so we walked along by the marina to the town centre where there is an old traditional department store, Maison Gosselin. We then drove west across the peninsula through Valognes and Bricquebec, with its ruined castle, to arrive at the coast at Surtainville, where there was a free aire just behind the sand dunes and a vast empty sandy beach.

Heading south down the coast we stopped at Barneville to visit the large Saturday morning street market, full of typical sights and aromas, then drove around the estuary to Barneville Plage with its large traditional houses on the promenade, although everywhere was closed for the low season. 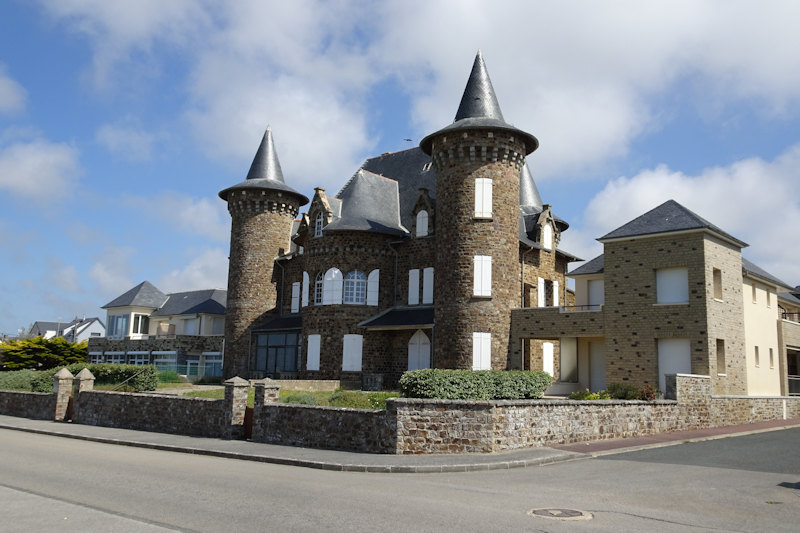 
The twin town of Carteret across the estuary looked more interesting but we got confused by the road signs and one way streets so ended up heading south to the small village of Port-Bail with its sheep grazing on the salt marshes. We continued along the three lane main road with its confusing 80 then 90 km/h speed limits and turned off to Agon- Coutainville, a larger resort, to arrive at the popular municipal aire next to the the racecourse, and accessed by a Flot Bleu barrier (credit card only). The adjacent large campsite is only open in July and August. It was about one kilometre to the seafront and a pleasant promenade with many people enjoying the weekend sunshine. It was a typical French "locals" low key resort, no doubt with a very different atmosphere in the height of summer season.

The next morning there was a small brocante market in the town centre, mostly antique junk and certainly not cheap. We continued south to reach Granville, a sprawling town with a working harbour, and followed signs to the aire on the headland where we found on-street parking, (no motorhomes between 9pm and 9am), outside the old walled town. We found the aire behind large former military barracks,  now a college, but decided to drive to Breville-s-Mer and a large ACSI discount campsite. There was a large water park on the site and a smart amenities block with music playing. After a good long walk on the beach in the morning, we sat out in the sunshine after lunch and, as half expected, endured an afternoon of grass cutting.

The next morning we drove to Avranches and parked in the aire adjacent to the botanical gardens, which weren't at their best at this time of year, but with some interesting trees and a good view across the bay to le Mont St Michel. Nearby was the large church of Notre Dame des Champs. 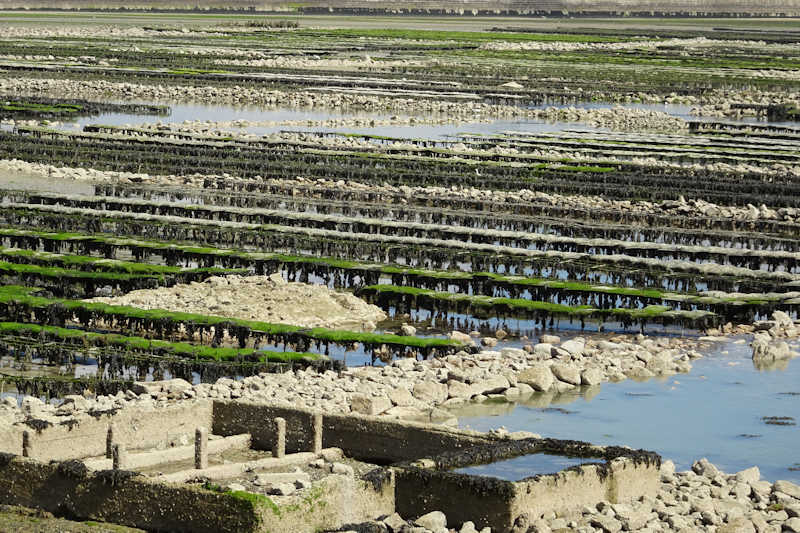 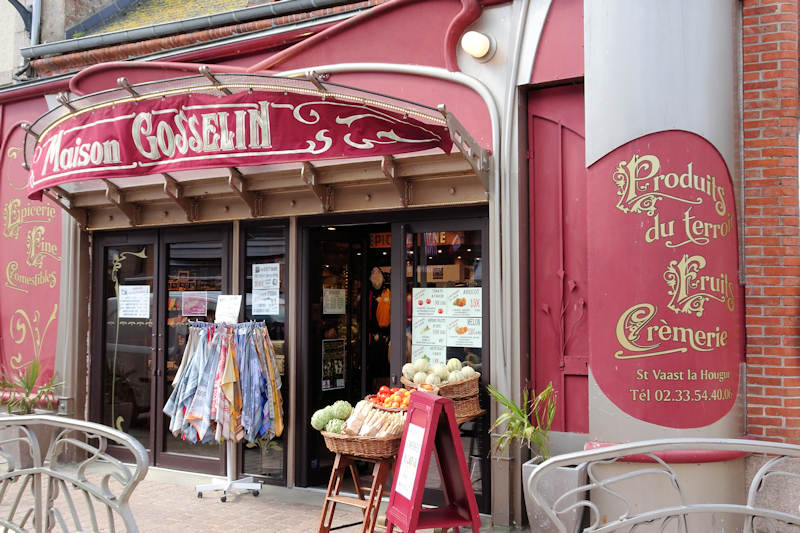 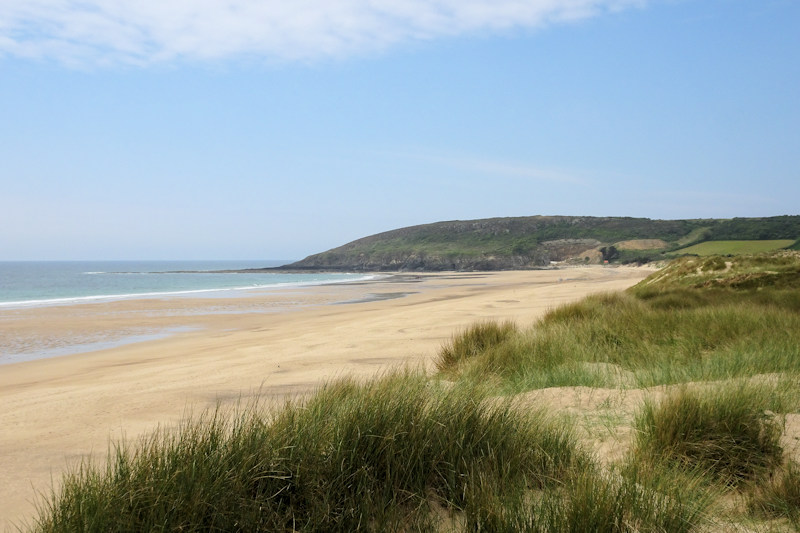 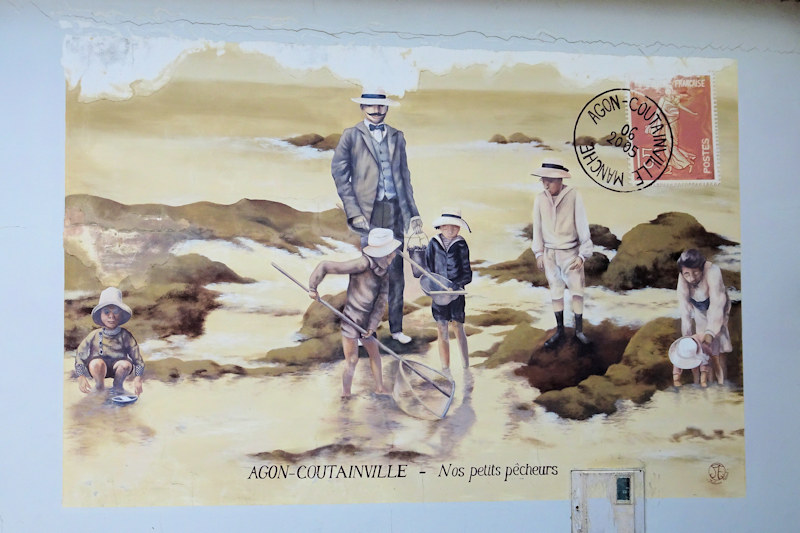 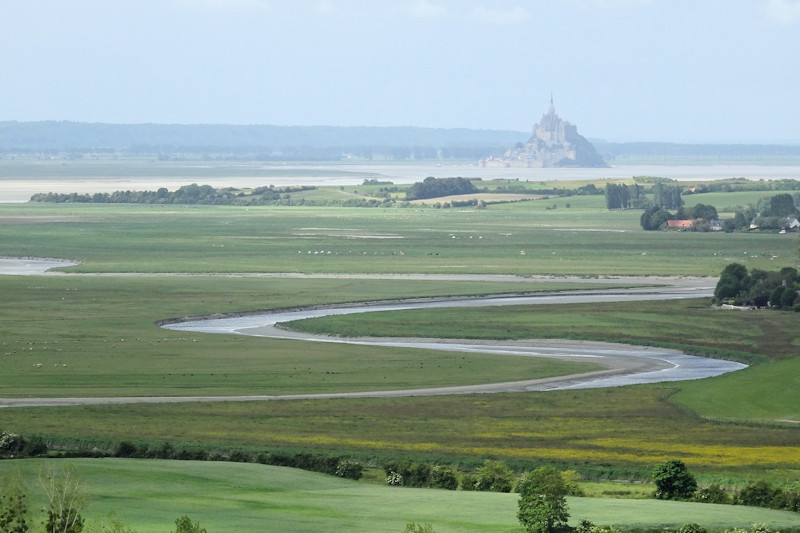 
After taking the fast dual carriageway to Pontorson we returned to the coast passing the rows of sheds selling huitres and moules, to reach Cancale where we spotted some motorhomes parked in a clifftop layby near the large tourist parking area with height barriers. Motorhome parking is not allowed on the sea front.